Joining Student Senate at Cañada College has been an amazing experience and has brought me so many opportunities that I had no idea of before. As part of the Student Government in my college, I got the chance of traveling along with another 4 colleagues and our advisor to Washington D.C. to attend a conference about Advocacy and to meet some of California’s representatives in Congress and raise concerns from students in our campus.

The highlights of the trip were possibly the visit to the U.S. Congress and our meeting with Congresswoman Eshoo, who took the time to meet us and get to know us, and who inspired us to dream big in life (she’s Cañadian alumni!). We also got to do some of the touristy stuff, such as visiting the National Museum of African American History and Culture, taking photos in front of the White House and at replica the of the Oval Office, or seeing the numerous memorials and monuments around the National Mall area. 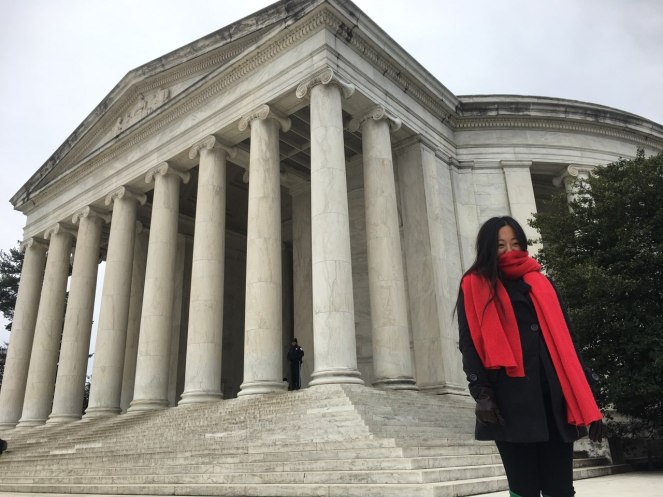 The first day after our arrival we volunteered with the National Parks Sevices to set up extra recycling bins around the Washington memorial, in the National Mall. I was really excited to see cherry blossoms again this year, but sadly the recent cold weather delayed the blooming date and we barely saw any 😦 After the activity, we walked around visiting several monuments: the Washington Monument, the Jefferson Memorial, the Franklin D. Roosevelt Memorial, and the Martin Luther King Memorial. For the rest of the day, we had activities at our ASACC conference (American Students Association of Community Colleges), including a very interesting keynote speaker who shared a couple of best practices on advocating at Capitol Hill.

The second day, we rushed to the White House early in the morning to take some photos in front of it, got a bit intimidated by the snipers on the rooftop, and then went to buy some souvenirs at the official shop. When you spend $50 there, you get a voucher to take a photo at their “pretend Oval Office” around the corner for free. We then got back to the hotel to eat brunch and start our conference’s 3 workshops for the day. 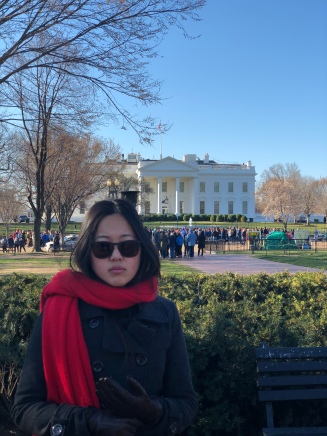 In the evening, we walked towards Georgetown to go eat Ethiopian food (although we ended up eating Salvadorian) and to try the cupcakes of Baked & Wired, and then went for a walk around Georgetown University. Although the day seemed like it was over, we still went for a midnight walk at the Lincoln Monument and the War Memorials. Seeing these monuments in the daytime and the nighttime are completely different experiences; at night, it all looks more impactful and dramatic, plus there’s a much smaller crowd. 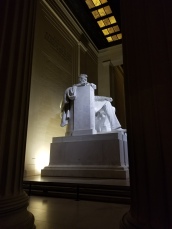 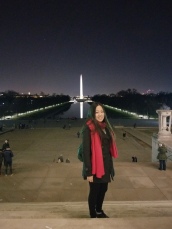 Monday came and, with it, another day full of things to do! That was the day when we had scheduled to see Congresswoman Speier and an office aid from Senator Feinstein. We also wanted to see the very first and original Constitution of the United States at the National Archives and the portrait of former President B. Obama at the National Portrait Gallery. In addition, we also went on a tour of the Congress after briefly meeting with Congresswoman Speier; one of her interns took us through the underground tunnels that connect all Government buildings in D.C. and that was really cool. Food was also really good this day! We tried Luke’s lobster rolls and they were so amazing! $17 for a small but well-packed lobster roll that was both buttery and savory. Their lobster mac & cheese ($15) was also really creamy and nice. For dinner, we had Nando’s peri-peri style chicken, which is a franchise started in South Africa that sells really good grilled chicken in different scales of spiciness, all as flavorful as the previous one. 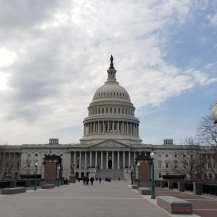 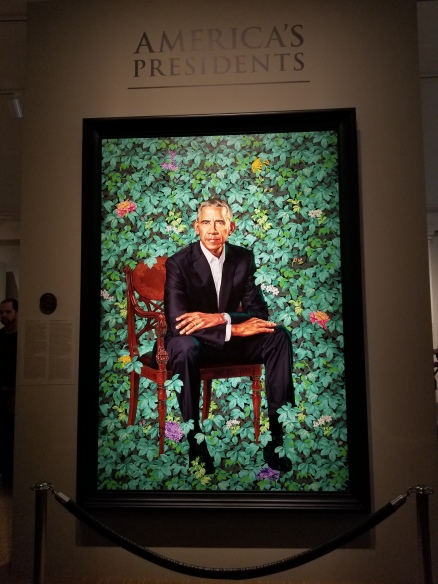 Finally, on Tuesday we woke up early and stuffed ourselves at the hotel’s breakfast buffet before heading out to finish everything we hadn’t done yet: we went to the Supreme Court to hear the National Institute of Family and Life Advocates (NIFLA) v. Becerra case (for just 5 minutes, but still) and we came across the two opposing big groups that were rallying just outside the building. After learning about the Justices of the Supreme Court last semester in my American Politics class, it was very exciting to see them all sitting at the same table and hearing this case. Our next stop was the library of Congress, considered the most beautiful building in D.C. by many; it really was breathtaking!

Afterward, we went to see Senate in action, with high hopes of seeing Vermont’s Senator  Sanders or California’s Senators Feinstein or Harris. Unfortunately, when we went to see the Senate Chamber not many senators were present. There was no time to feel down, so we rushed to our meeting with Congresswoman Eshoo, who is in charge of the district where Cañada College is located, and who happened to go to school there when she was younger after she got married and decided to get back to school. Meeting her was very inspirational because of how far she has gotten despite attending a community college, which she is very proud of. She also spent a long time with us, making sure to hear each of our stories and asking us genuine, curious questions. After meeting with her, we all felt revitalized and glad that we came to D.C. Moreover, her office was able to get us tickets to the National African American museum, D.C.’s newest museum. We had been trying to get tickets for days, but one needs to wake up at 5 am to reserve them or stand outside the museum at 12:30 to try to get a timed-entry.

Our trip was coming to an end, and after visiting our last museum, we headed back to the hotel and then to Union Station to take a train to the airport. It started to snow a bit, so many flights got delayed and we were stranded for an extra 5h. Cannot complain though, the trip was amazing, really busy and such an incredible opportunity! Who would have thought that I’d get to visit Washington D.C. for free, attending a conference and meeting some of the top politicians in this country just for joining student senate? 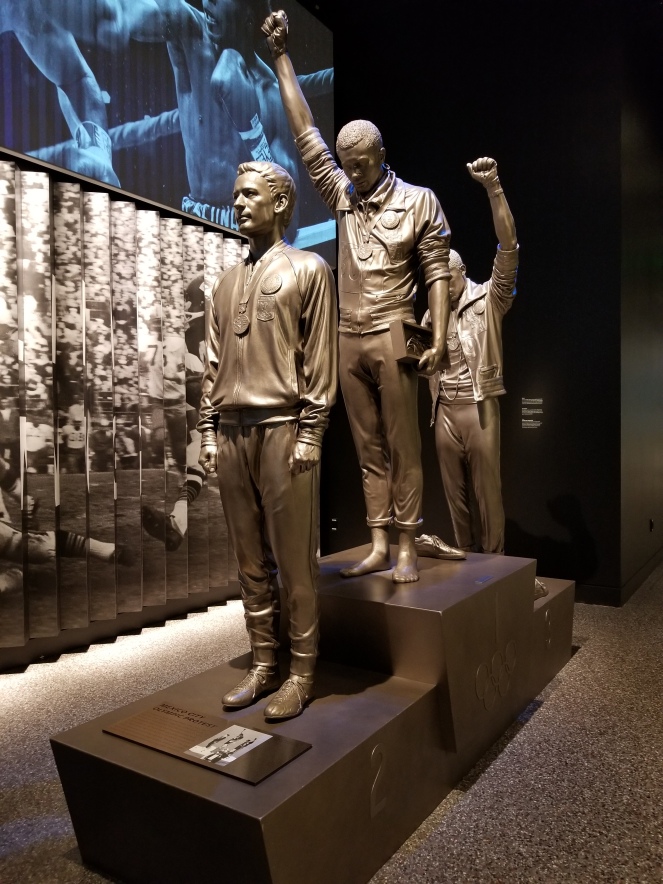 Whether you are interested in politics or just want to see the American Government in action, I highly suggest you take a 3-day trip to Washington D.C. If you go around this time (end of March/ beginning of April) there is also a high chance of you seeing the beautiful cherry blossoms! The thing that makes me sad the most is that we came a couple days too early and didn’t get to see the snow or the cherry blossoms! Will have to return 🙂